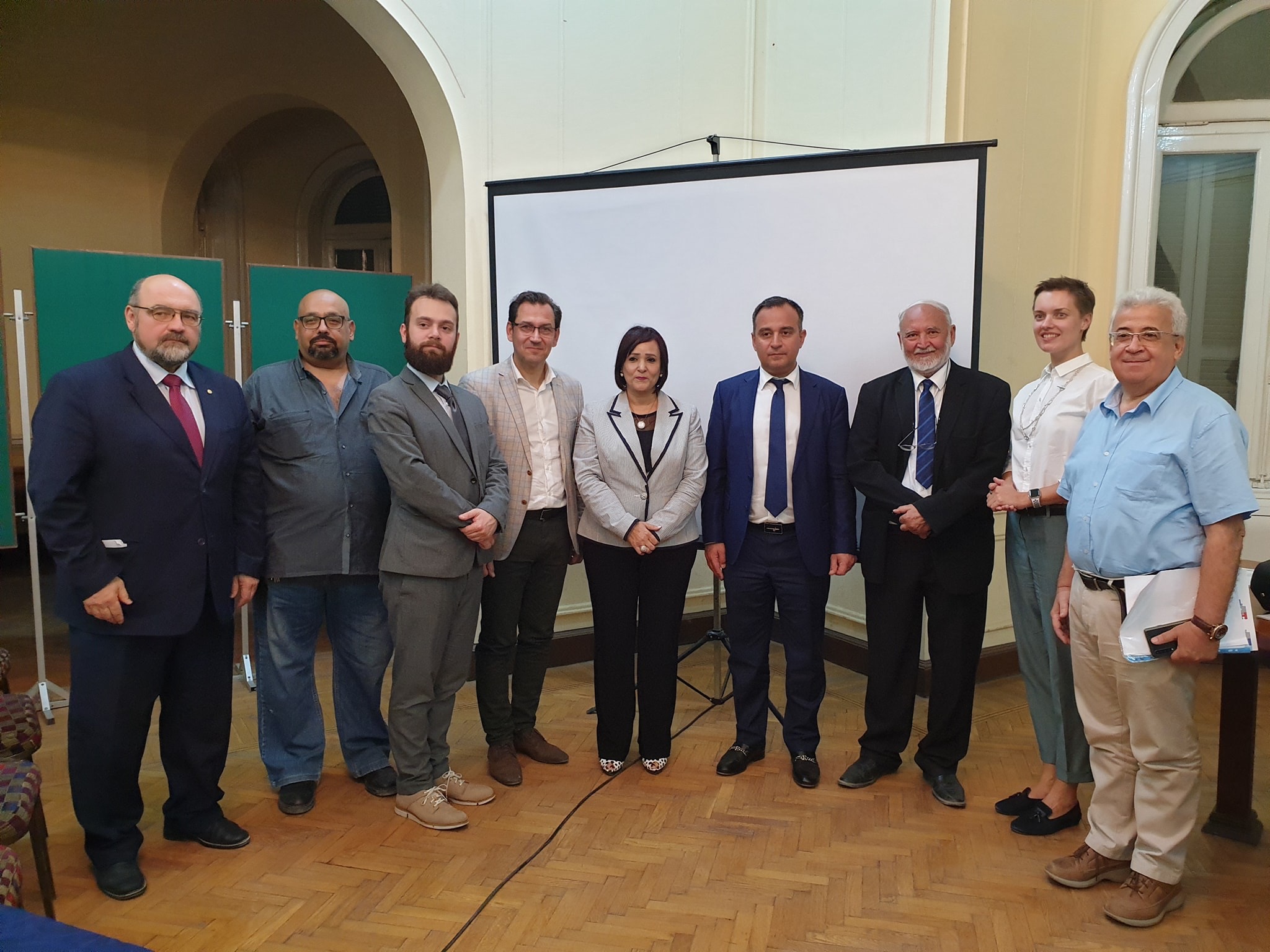 The “Professional open dialogue on human resource development for Egypt’s nuclear infrastructure” took place at the Russian Centre for Science and Culture in Cairo on 7 October 2019. Participants discussed the contribution of Egypt’s first nuclear power plant (NPP) “El Dabaa” Project to the realization of the Egyptian state program “Vision 2030” in regard to the development of educational infrastructure, science centers and nuclear infrastructure in the Arab Republic of Egypt.


More than 50 representatives of Alexandria University, Ain Shams University, Egyptian Russian University, Cairo University, Association of Graduates from Russia and other countries from the Commonwealth of Independent States, other academic and cultural figures and representatives of the public participated in the event from the Egyptian side. The employees of the State Corporation Rosatom organizations, such as JSC “ASE EC”, JSC “Rusatom Service”, “Rosatom Technical Academy”, JSC “RPA CNIITMASH” and National Research Nuclear University MEPhI represented the Russian side.


Yulia Chernyakhovskaya, deputy General Director for Nuclear Infrastructure of JSC “Rusatom Service”, stated that according to the IAEA approach, the development of human resources of all stakeholders involved in the Egyptian nuclear program is an essential part of the first NPP project. Pavel Zhuravlev, vice-rector of Rosatom Technical Academy for international business development, emphasized that human resource management should be planned for all categories of personnel and should cover such issues as education, training and motivation. Vladislav Vasiliev, Deputy director of El Dabaa project, drew the participants’ attention to the fact that human resource management should be part of the Integrated Management System, which is aimed at ensuring safe and sustainable functioning of the future NPP.


In the framework of the event, each participant had a possibility to express opinion and ask questions during the discussion.


Dr. Morsi at-Tahavi, Nuclear safety Advisor to the Egyptian Nuclear and Radiological Regulatory Authority (ENRRA), mentioned the importance of disseminating knowledge on nuclear technologies and nuclear safety as a crucial step for stakeholder involvement: “Egypt has owned a research reactor since 1958 and we have the basis for founding a full- fledged school for the NPP”. Sherif Fahri, rector of the Egyptian Russian University, told the participants about the achievements in implementing joint educational projects for “nuclear” specialists in cooperation with Russian universities, which is an example of interuniversity cooperation that benefits Egyptian universities to widen the range of taught disciplines. He also drew attention to the fact that in the framework of the national nuclear energy program, more than 5 thousand people, who are not only Egyptian students, but also professors, would need to be trained, and this is impossible without greater cooperation in education. “One of the most important tracks for stakeholder involvement is the localization mechanism; there will be more than 10 thousand people working at the NPP construction site and most of them will be Egyptians, and our enterprises need to improve their qualification”, - said Dr. Uslem Musheri, the head of nuclear physics department of Alexandria University.


Both parts noted that “long-lasting and sustainable success of a nuclear energy complex development depends on trained, highly-qualified and motivated work force,” and preparing such professionals is our common aim. “Today’s student is tomorrow’s professional” is the most precise motto describing the essence of this approach to staff training.


As a result of the dialogue, the participants agreed to continue the cooperation in the field of human resources development by elaborating the joint Road map for nuclear infrastructure development in the sphere of human resource development on the basis of expressed opinions and suggestions. Moreover, the parties decided that events of this kind would contribute to the organization of the events in the framework of Russia-Egypt bilateral year of cooperation in humanitarian field in 2020.

Rusatom Service JSC is a member of the "Electric Power" division of The Rosatom State Corporation. The company provides full range of services and supplies required for maintenance and repair for the foreign nuclear power plants that operate VVER-type reactors. Now, the company has been present on the market in almost every country with existing NPP VVER power units outside Russia. Rusatom Service JSC provides training for all categories of personnel for all Rosatom State Corporation foreign projects.

The Rusatom Service holds leading positions in the markets of China, Bulgaria and Armenia and acts as a general contractor of works for lifetime extension, implementation of scheduled preventive maintenance and upgrading the equipment at VVER nuclear power plants.